Assessing this stage of Joni Mitchell’s career, the making of the double album Don Juan’s Reckless Daughter, I should first of all say that this is one of my personal favourites of all her albums, maybe my very favourite.

I have often challenged that assessment, trying to make sure that I am not just being contrary when, in fact, I really love ‘Hissing’ the best. It’s a tough call, but the fact remains I listen to these recordings as much as any of her others.

In the recent documentary on his life, Bruce Lee is seen talking about the importance of expressing himself honestly - of not lying to himself. That purity of expression is what all artists are striving for in their different ways; to follow the muse wherever it leads and never have to go over old ground. Those who achieve this will invariably start to confuse or alienate their fanbase at some point.

By the time she released Don Juan's Reckless Daughter  in late 1977, that was certainly the case for Joni Mitchell. Attitudes towards Joni had hardened. Some of the fans who had been turned off by the new jazzier direction of The Hissing Of Summer Lawns may actually have given Joni another chance after Hejira, where the instrumentation was much sparser.

However, most casual fans would have baulked at a double album of (mostly) new material with elements of jazz, classical and what later became known as 'world' music. So Don Juan's Reckless Daughter  never stood much of a chance. As such, it remains under-appreciated in comparison to her previous albums. 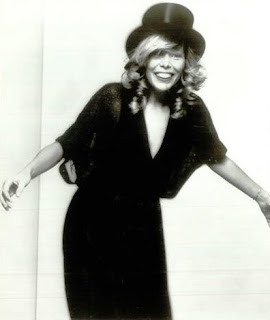 Don Juan could have been the natural follow-up to Hissing. The use of jazz players and the exotic instrumentation of tracks like 'The Tenth World' and 'Dreamland' have their origins on Hissing (Dreamland was demo'ed for that album).

The biggest surprise, for those who bought Don Juan, would have been the side-long track Paprika Plains, with its moody strings and Keith Jarrett-like piano passages. It is a sophisticated piece with a variety of moods; it requires that you listen to it - for 16 minutes! What was she thinking?

Of course, she was doing what all the best artists do - testing the boundaries. A double album allows an artist to stretch themselves musically. Joni's generation had grown up with Bob Dylan leading the way, with his 12 minute Sad Eyed Lady of the Lowlands taking up side four of Blonde On Blonde.

So Joni would have relished the idea of taking a large canvas and using some broad brush strokes. Mitchell said of the composition: "The improvisational, the spontaneous aspect of this creative process is to set words to the music, which is a hammer and chisel process. Sometimes it flows, but a lot of times it's blocked by concept.

"And if you're writing free consciousness - which I do once in a while just to remind myself that I can, you know, because I'm fitting little pieces of this puzzle together - the end result must flow as if it was spoken for the first time."

But there was a critical consensus that Joni was over-reaching. While some of us were happy to hear the more extended pieces, especially complemented by such wonderful players, most did not have the patience. However,  the very fact that she could cover so much musical ground, and hold her own in the company of virtuoso players, suggests that actually Joni was right where she belonged.

The playing and arrangements on 'Hissing' had been as confident and accomplished as you could ever hear, largely because of the assured way the band handled Joni's material. On 'Don Juan' she brought the musicians further forward and again gave a prominent role to bassist Jaco Pastorius, together with his Weather Report bandmate, veteran saxophonist Wayne Shorter.

Joni seemed to have reached a point where she felt fully in control in the studio. On the 'Overture' that preceded the track 'Cotton Avenue', she created waves of sound with her voice and guitar. The virtuoso players helped Joni produce many of her most complex yet engaging arrangements. Pastorius is particularly inspired here; Don Juan contains several of the most sublime bass parts he ever committed to tape.

At the time, Joni commented on her collaboration with Pastorius:


"I was trying to find a certain sound on the bottom end, going against the vogue at the time. He had this wide, fat swathe of a sound. I know he stretched me. I stretched him some too, inadvertently, on things like ‘Don Juan's Reckless Daughter’.

"That was Alejandro Acuna, Don Alias, myself and Jaco. Alex's background is in Latin music, so that track was getting a very Latin percussion sound on the bottom. I said, "No, this is more North American Indian, a more limited palette of drum sounds."

"So Jaco got an idea. I don't know if he detuned his bass, but he started striking the end of the strings, up by the bridge, and he'd slide with the palm of his palm all the way down to the head. He set up this pattern: du du du doom, du du du doom.

"Well, it's a five minute song, and three minutes into it his hand started to bleed. He shredded it making it slide the full length of his bass strings. They turned into a grater.

"So we stopped taping and he changed to his Venus mound, below the thumb. And when we finished the take, that was bleeding, too. So his whole hand was bleeding. But the music was magnificent, and he was so excited because he'd discovered a new thing. Later he built up calluses and you'd always see him doing those slides. But then he was mad with me because I had copped his new shit for my record"

Sonically, Don Juan is easily the best record Joni made in the 70s and her voice never sounded better. There is a clarity to the vocals that provides a heightened level of intimacy on some tracks. Listen closely to the sensuous syncopation as she sings over her guitar on 'Otis and Marlena'. I think it’s nothing short of genius the way she does that.

Now that people are more attuned to jazz and world music in a mainstream ‘rock’ context, this album doesn’t seem all that radical. That it alienated people shouldn’t detract from the evidence of its sophistication and beauty. Very few of her contemporaries, if any, were stretching themselves across such a range of different music, and with such emotional honesty.

Along with the long form and the exotic, there are also the signature soulful and bitter-sweet love songs such as 'Jericho', 'Off-night Backstreet' and especially 'The Silky Veils of Ardour'.

The title track is, along with 'Song For Sharon', probably the most lyrics she ever wrote in one song; and they are great lyrics too:

I'm Don Juan's reckless daughter
I came out two days on your tail
Those two bald-headed days in November
Before the first snowflakes sail
Out on the vast and subtle plains of mystery
A split tongue spirit talks
Noble as a nickel chief
Striking up an old juke box
And he says:
"Snakes along the railroad tracks."
He says, "Eagles in jet trails ..."
He says, "Coils around feathers and talons on scales ...
Gravel under the belly plates ..."
He says, "Wind in the Wings ..."
He says, "Big bird dragging its tail in the dust ...
Snake kite flying on a string." 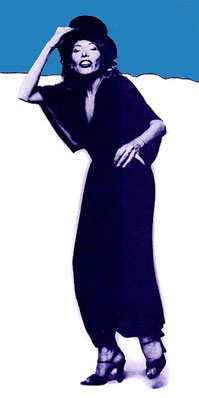 I come from open prairie
Given some wisdom and a lot of jive!
Last night the ghosts of my old ideas
Reran on channel five
And it howled so spooky for its eagle soul
I nearly broke down and cried
But the split tongue spirit laughed at me
He says, "Your serpent cannot be denied."
Our serpents love the whisky bars
They love the romance of the crime
But didn't I see a neon sign
Fester on your hotel blind
And a country road come off the wall
And swoop down at the crowd at the bar
And put me at the top of your danger list
Just for being so much like you are!

You're a coward against the altitude-
You're a coward against the flesh-
Coward-caught between yes and no
Reckless this time on the line for yes, yes, yes!
Reckless brazen in the play
Of your changing traffic lights
Coward-slinking down the hall
to another restless night
As we center behind the eight ball
As we rock between the sheets
As we siphon the colored language
Off the farms and the streets

In the interview she did with Rolling Stone in 1979, around the time of the release of Mingus, Joni talked about the frustration of releasing her previous album, Don Juan... to another critical panning by the press.

"If I experience any frustration, it’s the frustration of being misunderstood. But that’s what stardom is – a glamorous misunderstanding. All the way along, I know that some of these projects are eccentric. I know that there are parts that are experimental, and some of them are half-baked. I certainly have been pushing the limits and – even for myself – not all of my experiments are completely successful. But they lay the groundwork for further developments.

"Sooner or later, some of those experiments will come to fruition. So I have to lay out a certain amount of my growing pains in public. I like the idea that annually there is a place where I can distribute the art that I have collected for the year. That’s the only thing that I feel I want to protect, really. And that means having a certain amount of commercial success.


"It’s a credit to the people that have supported me in spite of the bad publicity of the last four years – the out-and-out panning of a lot of fine and unusual projects – that at least they felt this work had some moments of accessible beauty."

"I feel bitterness, but I’m not embittered. Feelings pass. A lot of the humour in the music is missed. They insist on painting me as this tragic . . . well not even tragic, because in this town people don’t understand tragedy. All they understand is drama. You have to be moral to understand tragedy [laughs]."

Much as I love her other albums, it’s this one I keep coming back to. If you’ve never listened to Don Juan's Reckless Daughter, or you haven’t listened to it for years, dig it out and discover the missing link between the Hissing/Hejira era and the Mingus record.

This, for me, is where she struck the perfect balance between the songwriter, the jazz musician, the singer and the lyricist.

Richard Newell
I grew up in the 1960s and 70s, the classic era for rock, soul and modern jazz. I seem to have accumulated a lot of stuff. Take a random walk through my jumble of ancient memorabilia.